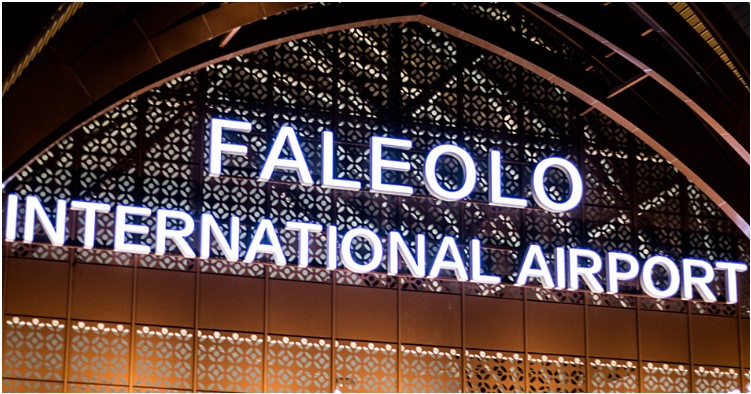 The Samoa Airport Authority (SAA) has recorded a $2.511 million profit for the financial year 2017-2018, which is an increase from half a million tala from the previous year.

This is the first major profit declaration for the SAA in the last 15 years. In 2013 the SAA recorded a $1.10 million profit after 13 years of negative growth.

“The financial year ending 30 June 2018 saw an increase in revenue by approximately 32.44 per cent compared to the previous financial year.

This increase in revenues was mainly due to a 19.42 per cent increase in operating revenues in addition to a $2.4 million tala from Amortisation of Defer Income.

“Despite the increase in revenues, total expenses on the other hand had also increased by approximately 20.23 per cent compared to the previous financial year.

“This increase was mainly due to a 16.97 per cent increase in operating expenses plus a $1.3 million impairment loss on investment value.

The total cost for the project was approximately $147 million tala with the construction undertaken by Shanghai Construction Group.

The project commenced in December 2015 and was planned to be completed in December 2017, but due to marginalised weather shipping delays and untimely unavailability of materials, a four-month delay became unavoidable.

SAA chairman, Va’atu’itu’i Apete Meredith, noted the difference of the financial year in question and the previous one.

“This year has been different from previous years for the completion of current projects and the beginning of new ones for the Samoa Airport Authority.

“This infrastructure development is of national interest and contributes substantially to the development of the economy of Samoa, and in particular the tourism sector.”

The Terminal Upgrade Project has been successfully completed and it’s launching in March 2018 enabled the full use of these facilities.

The work on the apron (airlines parking space) and runway has also started and is anticipated to be completed by the end of 2019; as well as the implementation of the Ti’avea Airport project, which has been in the pipeline for some time.

Va’atu’itu’i acknowledged the willingness of the community to offer support where possible, to enable SAA to implement the projects and the organisation looked forward to continue in the same spirit with future challenges and projects.

Furthermore, the report stated that the passenger movements increased by 6.31 per cent in this reporting period compared to the previous financial year.

“Overall, passenger movement continues to be on the increase by a total of 23.4 per cent (350,000 passengers) over the last five years.”

The SAA noted that while passenger movements have increased, the flight movement decreased by 4.25 per cent in this reporting period with a total of 13.76 per cent drop in the last five years. This decrease can be attributed to higher capacity airlines despite lesser frequency in flights.