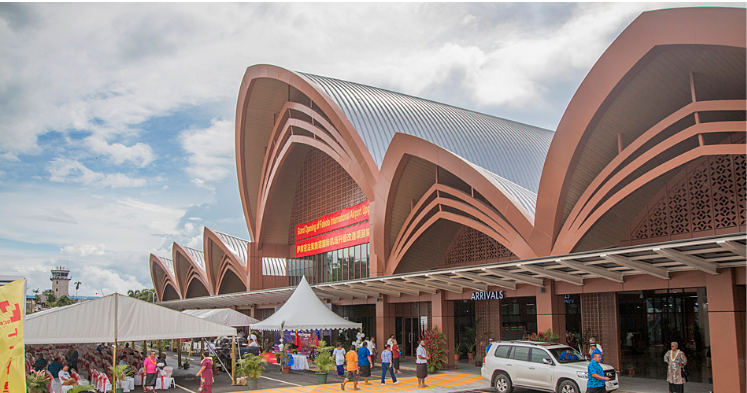 The Samoa Airport Authority's parking ticket machine at the Faleolo International Airport is finally operational after its commissioning six years ago.

“I can confirm that these are the same machines,” he said in an email to this newspaper.

The ticketing machine got caught up in controversy when an audit of the SAA for the Financial Year ending June 30, 2013 stated that their review of the authority's fixed assets revealed that a total of $529,398.77 was spent to build the machine.

According to Silimana’i, the car park ticketing system was removed temporarily due to the terminal and associated carpark improvement works and reinstalled following the completion of the works.

According to the auditor's report, the total amount approved for the project was for $642,348 hence the amount paid by the end of the audited financial period ended June 30, 2013 was 82 per cent of the total project, the report stated.

According to the notice for the parking fees, it would cost $5 to park for the first two hours and then an additional .50 sene will be charged. Vehicles entering the airport to drop off and pick up passengers pay $2 when exiting the terminal. For long term parking it cost $16 to park for an entire day and $5 every day after while a lost ticket cost $40.