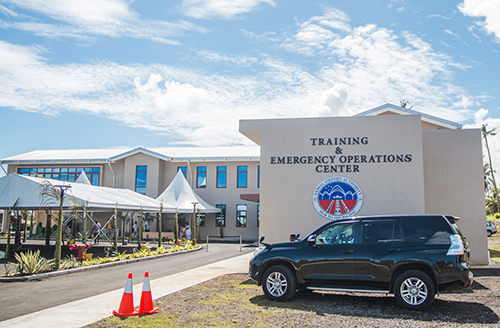 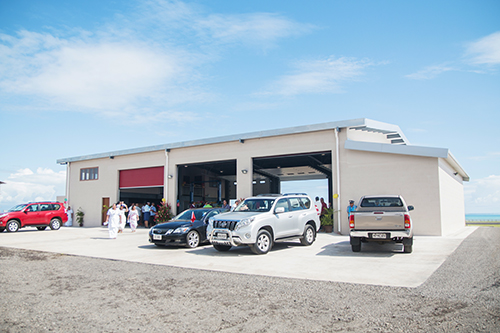 Tuilaepa said the $3 million China-funded buildings were completed within 12 months by the Shanghai Construction company.

“Since the establishment of the Samoa Airport Authority in 1986, a dedicated Emergency Operation Center has never been specifically built for such a purpose,” he said.

“This is a big step forward for the airport authority to meet international airport best practices in terms of having dedicated training rooms and emergency operations center.”

Tuilaepa said the new training room can accommodate about 50 people, with the emergency operation center able to cater for 30.

He added the two other separate training rooms are for future training programmes the S.A.A. have identified in its 2017 training needs analysis.

The Prime Minister acknowledged the completion of the project and thanked China for granting the soft loan.

China’s Ambassador to Samoa, Wang Xuefeng, congratulated S.A.A. on the completion of their two new projects on behalf of the Chinese Embassy.

Ambassador Wang says these two projects are the result of the close cooperation between Samoa and China.

“We believe that from now on, Faleolo International Airport will boast safer, more efficient and better services.”

Samoa Airport Authority C.E.O, Magele Hoe Viali welcomed some of the Cabinet Ministers, members of the diplomatic corps and invited guests during the ceremony.